Fortunate Predictions for Social Media in 2019

Social Media has always been a platform where you can define or elaborate your thoughts to wherever you want. It gives you a free hand to describe your thoughts in your own way. It has many sub-platforms like Facebook, Instagram, Twitter, YouTube and many more.

Predictions for Social Media in 2019

Facebook is one of the most used apps in the whole world. It has around a billion followers whereas people use it every other second. Instagram has its own montage where they deal with pictures mostly, Facebook and Instagram are getting close in features as they both have the story feature where they can upload stuff on it, and now YouTube was also upgraded and it also shares the story feature also. YouTube goes for videography whereas Twitter stands for tweets more like statuses which mainly describes your thoughts and views.

Social Media is the platform where democratic, political, social or fun kind of thoughts are shared openly which cannot be categorised specifically. People have been going crazy predicting how they’re going to manage or plan next year with new resolutions. The predictions are truly based on the trends that which app is doing well with them or making business or hitting to the market. Which app is being mostly used or which app is more earning for social networking? For more details about this Click here.

PREDICTIONS BEING MADE FOR 2019:

2019 is on the doorway where it all over into hype of being into a trend. Social media networking has been growing strong from the past couple of years. Social media networks are being predicted for more of the paid promotion kind of a deal where it will charge for promotions, ads or more. It’ll definitely go up for higher rates. It completely states that there will be a rise in paid stuff of social media.

Few of the predictions give indications to the point where group chats were into the discussion and were on hype so 2019 could bring a phase where social media group chats could go further and take a whole new level of it. It has been heard that Google and Apple will work together soon as it is all over the news lately that they are soon planning to get along with each other.

The news was on Facebook all over but they are trying to play low key where they can’t make it obvious for some unknown reasons. It was also heard, it is being predicted that privacy policies will be revised and will be made under strict rules and regulations. The issue on privacy matters has been going crazy all over the social media and internet platforms that privacy manuals will be revised and so they will be done under pure supervision that no personal data of anybody should be harmed or misused. It is clearly understood that people can’t go against it. The matter is somehow really serious where you cannot even bring up a national issue and make fun of it as it will be clearly and completely prohibited.

Also Read:  7 Mistakes Your Brand is Making on Social Media

Ken Goldsholl predicts that Facebook will take off from its stories platform as it isn’t getting any longer with their idea of sharing stories like Snap-chat on Facebook as well. Matt Wood predicts for Instagram that it will face some major clash on the application and its original server. They must have been working on it to get to a final conclusion and for their betterment. 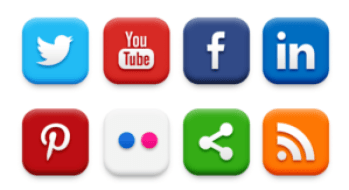 Instagram is top app nowadays so having trouble with its upgrading services can affect its marketing and upcoming challenges too as it has been heard that the makers are dealing with some issue on the direct message settings, they’re probably thinking of changing it or maybe making it fine working for them. Will Prefer is conveying the upcoming predictions for Twitter as he mentioned that Twitter is being misused for promoting or spreading weird and controversial stuff on the app whereas it shouldn’t be.

The makers are likely to find a solution where they’re deciding to make it in a row where they can remove the app from its core, from the mobile app download so it will be created over for adults only or for certain age grouped people. They belong it can work well on it so they’ll go for such adjustments in the coming year.