Find Out about Latest Innovations in Solar Industry

For some time now, people have been aware that the future of this planet depends on renewable energy and sustainable resources. Unfortunately, what the Earth gives us is limited, but that doesn’t stop us from taking more than we need. That brings us certain benefits, but it’s too harmful and risky in the long run. Pollution sure is a global problem, but you can visit this link to see what each of you can do to support this.

Solar energy has been a hype for a while. Sun brings an enormous amount of energy to Earth every day. Not using that blessing would be a shame. The concept of utilizing its energy has been changing the world for the better. It provides us with clean energy, decreasing global pollution.

But it can always be better. That’s why innovators come up with things that seem revolutionary, bringing the solar industry to a whole new level. For example, the technologies involved in chemical research include the production of hydrogen and other alternative fuels using Sun energy. But the inventions don’t end there.

The industry is moving to new and innovative materials, like solar fabric. This material could be used for various purposes, like making energy-efficient tents and refugee camps. Eventually, manufacturers will incorporate it into clothing and other items.

The fabric is similar to the clothing materials, but it has PV cells in its fibers. When exposed to sunlight, these cells generate electricity. So wearing this fabric could make you your own personal generator. In that way, you could, for example, charge your phone or tablet on the go.

Researchers have worked to develop PV cells pliable enough to be worn as clothing. The next step is to incorporate a battery, which means that solar fabric could not only produce electricity but would also store it for later. These findings are certainly exciting and may even be the future of energy storage.

Solar skin is almost the same concept as the previously-mentioned fabric. It would not be used for making clothes but for covering existing structures. It’s designed like an ad wrap on the buses, covering the object’s surface. So it can be applied to practically any surface, from buildings to smartphones.

The idea behind this invention is to charge the device when placed in direct sunlight. This technology passes Sun energy onto the underlying PV array using selective filtration. This layer consists of billions of tiny PV particles called quantum dots. The sunlight would cause these cells to react and trigger a chemical reaction to produce the energy.

At the same time, solar skin displays the custom image, depending on the design and structure you choose. It’s available in different colors, textures, and patterns to enhance curb appeal. Besides the aesthetics, it also provides energy savings to homeowners and businesses. 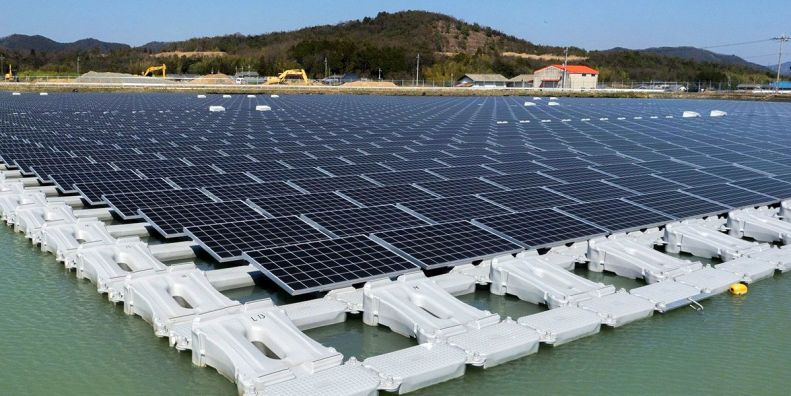 As seen on http://www.solargraf.com/blog, solar panels have been land-based so far. People would mount them on buildings or ground, depending on energy needs. More panels required more space, especially for less potent cells and batteries. Floating farms are not a very innovative solution, but they are certainly constructive and sustainable.

Thus, floating structures of solar panels on the water surface lakes were designed. They should deliver electricity from two sources: water and air. They are similar to ground-mounted and rooftop-mounted panels but are attached to rafts instead of land. So far, the concept of floating farms is applicable to man-made lakes. High, turbulent seas and tides would pose risks to these structures.

Despite the challenges, floating solar farms are the most exciting developments in the industry. Experts estimate that these structures could generate up to 10% of the nation’s electricity each year. Also, the water will cool these panels, thus increasing their conversion rates. 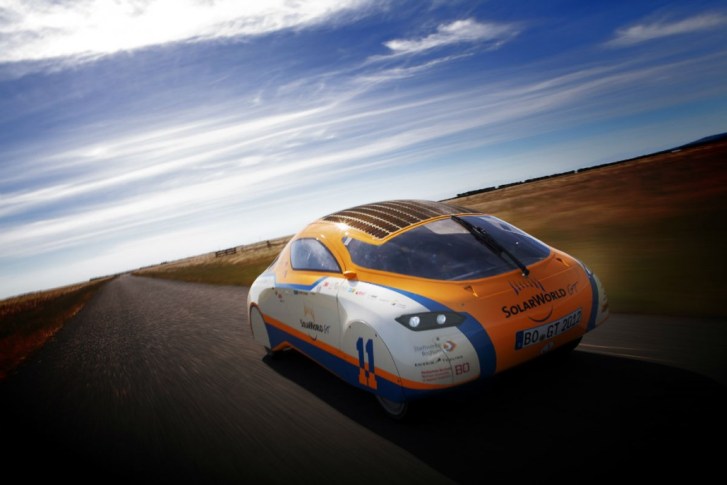 When electric vehicles appeared, humanity made a huge step toward reducing emissions. With the implementation of solar technology in this concept, an even greater shift has been made. That’s how solar vehicles were designed. They will undoubtedly revolutionize the automotive industry once the innovators bring this concept to perfection.

Many car brands are working on this project, designing solar only or hybrid models. The idea is to implement PV panels on the vehicle’s roof or body. Or even better, to wrap the entire car body with a lightweight and flexible PV film.

Both are viable options only if they are lightweight and flexible enough not to disrupt driving performance, which is still not the case. Also, bulky solar panels are not the best choice for vehicle aerodynamics. Yet, despite some current limitations, the potential for these vehicles is vast, and the technology is rapidly evolving.

PV panels already have many benefits to both humanity and the environment. But what if they could be even more efficient and eco-friendly? Solar noise barriers combine both noise protection and energy production, taking no more space than regular noise barriers. That makes these barriers excellent solutions for noise-sensitive receptors, like hospitals, nurseries, schools, etc. And not to mention highways, which produce the most traffic pollution in the world.

Companies work on PV acoustic barriers with excellent soundproofing features. But these should also have solid light transmission to generate renewable energy, resistance to elements and UV rays, and design adapted to areas where they’ll be installed. Also, these PV barriers should be fully recyclable to ensure their sustainability.