Now That the Sun is Setting on Python 2 How...

Sun Setting on Python 2: We’ve all heard someone saying ‘all good things come to an end’. As much sense as it makes in our personal life, it does for Python 2 as well. With less than a month left for the year to end, Python 2 will reach its retirement.

This means that it is already in its end of life period, catching up the last few breaths that it can. But, when Guido van Rossum, the creator, and author of Python announced the retirement of version 2 back in 2014, everyone thought that the end was quite distant. Most organizations decided to stick to Python 2, because of various reasons including the guiding principles around the redesign of the language in version 3.

The sunset of Python 2

Taking a look back, Python has been in the news this year for quite many reasons. It successfully beat JAVA to become the most widely used programming language on the planet. The IEEE rankings for the top programming language suggest that developers are using Python for all sorts of jobs from enterprise development to scripting, machine learning, among others. Moreover, with the popularization of machine learning in the world and Python’s abundant libraries ready to cater to these, researchers, enterprises and reputed institutions are preferring Python over any other language.

While Python 2 had issues to be fixed, it also had plenty of attributes and features that developers absolutely fell in love with. However, just like every other programming language has its lifecycle, the same is true for Python 2. The Python Software Foundation in a recent conference announced that they will officially retire Python 2 as of January 1, 2020.

The news spread like a wildfire and even before anyone could think of anything else, enterprises started panicking on the future of their projects. Since Python 2 was reaching its end, the Python Software Foundation would stop providing any help to enterprises for free regarding it and there would be no further updates released.

And it does, in fact, make sense. Ever since the announcement of the sun setting in 2014, the entire team of Python has been convincing organizations to migrate to Python 3, which they claimed had better features and issue fixes from Python 2.

In an official statement, the Python Software Foundation said that they had decided January 1, 2020, as the day where they sunset Python 2. This meant that they would not improve it a day more or release any update even if someone finds a security problem with it. Finally, they urged everyone to upgrade to Python 3 as soon as possible.

The Jump to Python 3

Python 3 was released in 2008 as a breakthrough version of the language and meant to break away from the past. This meant that it would completely fix the issues with Python 2, which included security fixes and broken processes. Python 3 was also designed to bring the language evolution process of Python forward. In spite of the fact that the version has been readily available for years and organizations have still resisted it, it is because many felt that migrating to Python 3 was no cakewalk. 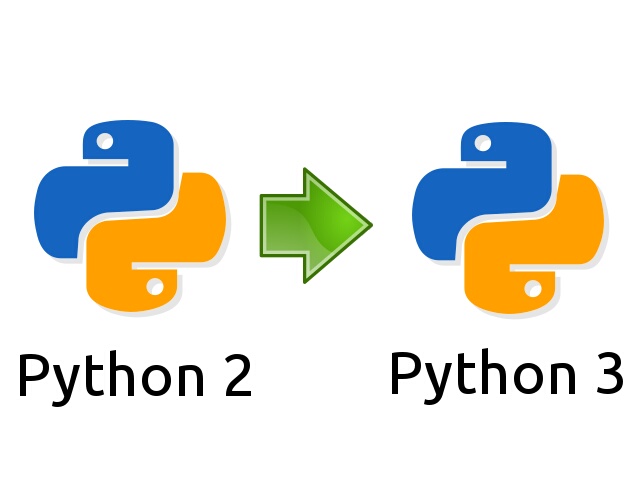 There were many reasons why enterprises and developers resisted Python 3 and continued developing applications on version 2. Some of the reasons included-

But, now that organizations have no choice but to take measures, it is imperative that they start taking them instantly.

Even though there was some initial confusion about the incompatibility of Python 2 to Python 3, it is now a much better-understood problem that can be addressed using some great tools and libraries.

Even though migrating to Python 3 might seem like the easiest thing to do, if you’re still working on Python 2, you must start with baby steps. The first and foremost step to do determine whether your project if future proof or not. Python’s official documentation has some straightforward ways for migrating to Python 3 that you use for your project depending on the codebase and external dependencies. Try using the ‘caniusepython3’ package to discover whether any components or dependencies would block the migration.

Look for Solutions in Python 3

However, it is possible that you’re stuck with your migration to Python 3 because a particular component in your application only works on Python 2.

In such cases, start looking for an alternative solution in Python 3. The point is starting to look at the smallest places where your application components are dependent on Python 2 and make them transit to relevant solutions from Python 3. In the worst cases, if you have to stick to Python 2, make sure you’re at its latest version 2.7.16. Then, use it as a reference point to migrate to version 3.

Use an Alternative Runtime

In case you are unable to alter your base code and migrate to Python 3, you can use a different Python runtime which is developed by a third party. The reason it works is that alternative runtimes provide a longer support window than Python 2 itself. Some of the third party Python runtimes you can use are Cython, IronPython, PyPy, Tauthon, etc.

In case you’ve decided not to migrate to Python 3 because you’re absolutely in love with a retired version, a long term solution can be to purchase extended support from third party vendors. For example, ActiveState, the creator of ActivePython distribution and Komodo IDE provides commercial support to enterprises who want to stick to Python 2.

Sunsetting Python 2: While migrating to Python 3 seems like a logical way to move forward in the world, there is no need to panic if you can’t migrate right now. You can use some temporary and long term solutions that can help you stick to the version for some time. However, eventually, it’s better to prepare for the transition because sailing with advanced technologies is the only way to move forward in the world.