What Chances of Blockchain Technology in the future?

Blockchain Technology future: By 2030, blockchain will add value to businesses worth 3.1 trillion USD. In 2019, international spending on block chain progressed by 80% as contrasted to 2018.

Among industry experts, 86% of them believe the future of blockchain is great and will hit the mainstream ultimately. So, what is blockchain and how blockchains could change the world?

A Brief Guide to Blockchain

What is Blockchain Technology?

Blockchain is basically a distributed ledger made up of cryptocurrencies. Blockchains behave like decentralized arrangements for documenting and recording transactions that occur involving a specific currency. Simply said, a block chain is a transaction ledger that manages indistinguishable copies over every computer inside a network. 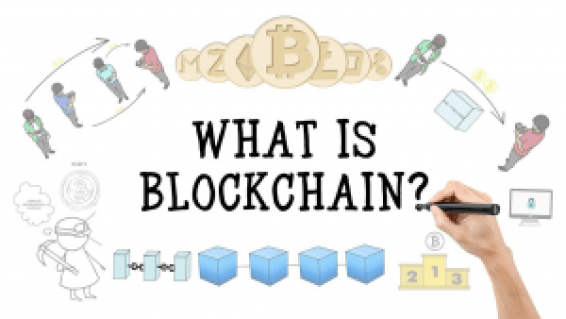 Anybody is allowed to review earlier entries and report recent ones, even though many networks of blockchain have complicated rules for the extension of new record groups (blocks) to the line of earlier records. The contents and block inside them are secured with robust cryptography, which makes sure that earlier transactions inside the network cannot be either damaged or duplicated.

Blockchain technology, through this method, enables the digital currency to manage a reliable transaction network without depending on a central authorization.

While blockchain’s fame lies in its role in expediting the development of digital currencies, there are actually more applications for this technology outside of tasks related to cryptocurrencies. Indeed, some supporters of blockchain think that this technology could become something bigger than just cryptocurrency since there is actual potential. As such, financial advisors and other professionals in the investing industry will eventually work with blockchain technology more in the coming years. Let us next look at how the future will feel the impact of blockchain. 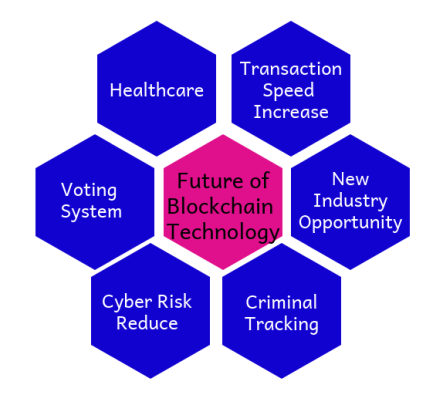 Here’s how the future of blockchain could look like:

The transfer of value traditionally has been both slow and expensive and specifically for payments happening over international borders, this holds true. One cause behind this all is that when many currencies are involved, the process of transfer usually demands several banks in several locations before the designated recipient can actually get their money. There are services present to expedite this process faster but these usually cost a lot.

Blockchain technology can offer a much cheaper and quicker substitute for conventional methods of international payments. Indeed, while usual costs of money payment may be as high as 20% of the amount, blockchain might enable costs to reduce as low as 2% along with assured and real-time speeds of transaction processing.

There are challenges to this, including cryptocurrencies regulation in various parts of the world and safety issues. Nevertheless, this is among the most discussed and hopeful potential of the application of block chain technology.

Smart contracts are usually considered as extremely powerful use of block chain technology. Such contracts are computer programs that can actually supervise every phase of an agreement, from the very first phase of facilitation to the end phase of execution. When terms are fulfilled, smart contracts can be totally self-supporting and self-executing.

For smart contract advocates, these tools offer a safer, more intuitive substitute to conventional contrast law and also an application that is quicker and more affordable than conventional ways.

Smart contract technology applications are essentially endless and can bleed into almost any business where contract laws are usually applicable. Obviously, while highly praised, smart contracts are not a total alternative for good old attention.

To be more exact, the DAO case is a tale of caution and a notice to investors to not completely put their faith in smart contracts and ignore the manual methods of information gathering and organization. Nevertheless, smart contracts stay on as one of the most fascinating aspect of the future of block chain that moves away from cryptocurrency and become a part of the broader ecosystem of business.

Among the most problematic consequence of the age of the internet has been identity protection. As careful as many organizations and individuals could be in managing their identities online and protecting private data, there are always bad people looking to rob and make a profit off these digital objects. Block chain technology has already shown the possibility of changing the way managing identity online happens.

Blockchain gives a massive standard of safety due to the processes of independent verification that occurs everywhere on member computers on a network of block chain. In cases of digital currency, transactions are validated by verification processes before they can be added to the chain. This method can be applied anywhere where verification processes are required, including identity validation and many other uses.

Also Read: How to Help AI Impact the Future of Recruiting?

Not every blockchain is decentralized. A blockchain could be private, public, permissioned, and/or a blend of these as a single order that could be combined atop each other. Consider Libra from Facebook, for example. Unlike Bitcoin, and other cryptocurrencies, Libra, despite being dependent on the Libra blockchain will be managed and controlled by the Libra Association.

At this time, blockchain is a technology with an unusually wide assortment of possible applications. Even though blockchain is more closely linked to cryptocurrency, all of its other avenues are being thoroughly explored and already put into real-world use today. Maybe even more compelling, though, is that different methods of using block chain appear every day.

Manan Ghadawala is the founder of 21Twelve Interactive which is one of the best mobile app development company in India and the USA. He is an idealistic leader with a lively management style and thrives raising the company’s growth with his talents.

He is an astounding business professional with astonishing knowledge and applies artful tactics to reach those imaginary skies for his clients. His company is also recognized by the Top Mobile App Development Companies. Follow him on Twitter | Facebook | LinkedIn

Also Read: Advantages of Going Digital in Your Business